Today we are extremely excited to announce Cappuccino 0.9.5, featuring over 90 new features and improvements in addition to numerous bug fixes. Here are some of the new features we think you’ll really like.

Cappuccino now features new scrollbars which fade away automatically when not in use, giving more space for the content of your scroll views. If the user’s browser does not support or use overlay scrollbars, Cappuccino automatically detects it and falls back to old style scrollbars. 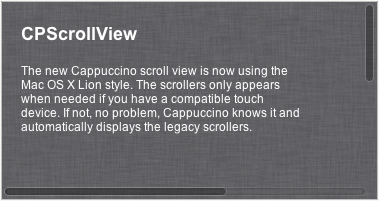 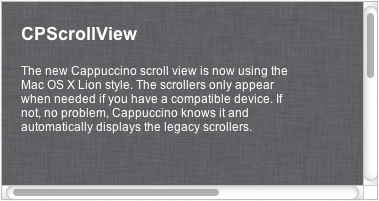 The Cappuccino documentation has not only been extended but also visually refreshed. Many more classes and methods are now in the documentation and it’s an easier read. 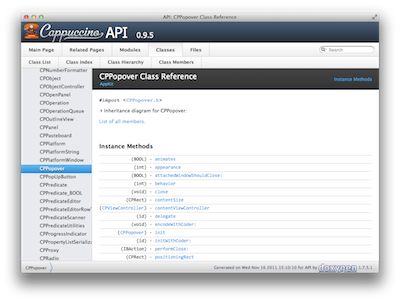 A popover control is a small window that appears to ‘come out’ of a part of your user interface, and which remains attached to it until the user dismisses it. It’s an easy way to ask for extra information when that 'create’ button is clicked, or to show a list of individually selectable downloads when the 'downloads’ button is clicked.

A level indicator shows a discrete graduation from 'empty’ to 'full’, useful for certain gauges like space usage. Level indicators can also be editable and can be placed inline in table cells.

Predicates are powerful tools for encoding 'search patterns’, and combined with the power of Cappuccino’s Array Controller class they make it incredibly easy to create user searchable tables or other views. The new predicate editor allows users to create their own saved searches with almost no work for the developer.

A much requested feature has been tooltips. We didn’t want to release something that wasn’t as powerful and flexible as everything else in Cappuccino and we don’t think we will disappoint. Cappuccino tooltips can be attached to any control, position themselves intelligently and support multiline tips.

If you want to easily create and edit your user interfaces using a visual editor, you have the best tool in the market available for use with Cappuccino: Interface Builder. Every aspect of the nib2cib experience has improved, with better support for fonts, smarter realignment of widgets to match Cappuccino sizes and support for more controls than ever before. Best of all, the new XcodeCapp application automatically creates an Xcode project out of your Cappuccino project and lets you place UI components with ease. 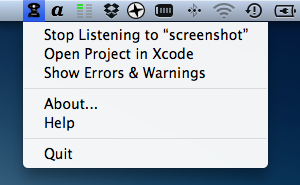 The new bootstrap installer is much simpler to use and installs all the packages you will need by default. 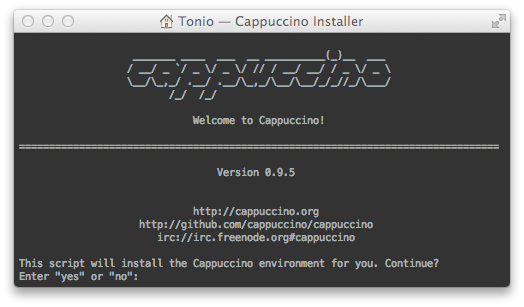 There are too many improvements to list them all here but here are some highlights:

We’re also happy to announce we’ve added Klaas Pieter Annema, Aparajita Fishman and Antoine Mercadal to the core team. Their contributions to Cappuccino have been invaluable.